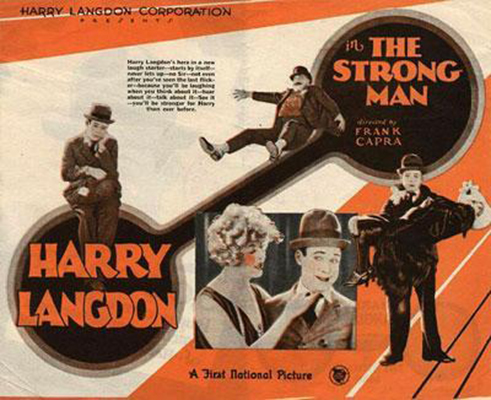 Doors: 6:00PM Film: 6:30 Rated: NR
Enjoy a silent film in a restored moviehouse with live musical accompaniment by Jeff Rapsis.
Starring Harry Langdon. With World War I over, baby-faced soldier Harry Langdon searches for the girl who sent such moving letters to him in the trenches. Directed by a very young Frank Capra, ‘The Strong Man’ is today hailed as Langdon’s best feature, and also one of the greatest comedies of the silent film era. Part of a series of 1926 films that recently entered the public domain.
General admission $10.