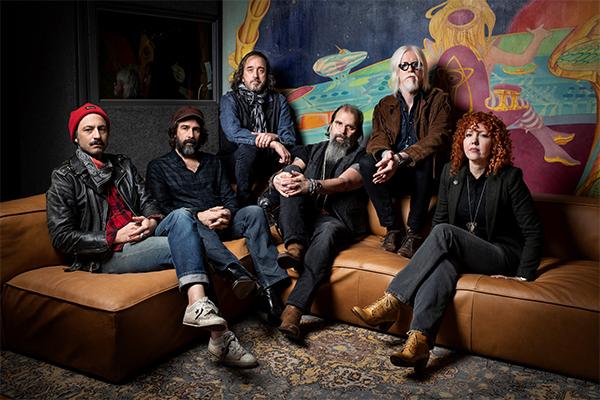 STEVE EARLE and THE DUKES

Steve Earle is one of the most acclaimed singer-songwriters of his generation, a worthy heir to Townes Van Zandt and Guy Clark, his two supreme musical mentors. Over the course of twenty studio albums, Earle has distinguished himself as a master storyteller, and his songs have been recorded by a vast array of artists, including Johnny Cash, Waylon Jennings, Joan Baez, Emmylou Harris, the Pretenders, and more. Earle’s 1986 debut album, Guitar Town , is now regarded as a classic of the Americana genre, and subsequent releases like The Revolution Starts…Now (2004), Washington Square Serenade (2007), and TOWNES (2009) all received Grammy Awards. Restlessly creative across artistic disciplines, Earle has published both a novel and a collection of short stories; produced albums for other artists; and acted in films, TV shows and on stage. He currently hosts a radio show for Sirius XM. In 2019, Earle appeared in the off-Broadway play Samara , for which he also wrote a score that The New York Times described as “exquisitely subliminal.” Each year, Earle organizes a benefit concert for the Keswell School, which his son John Henry attends and which provides educational programs for children and young adults with autism.

When asked about what drove him to craft his deeply evocative new album, Ghosts of West Virginia , Steve Earle says that he was interested in exploring a new approach to his songwriting. “I’ve already made the preaching-to-the-choir album,” he says, specifically alluding to his 2004 album, The Revolution Starts Now . As anyone as politically attuned as Earle understands, there are times when the faithful need music that will raise their spirits and toughen their resolve. But he came to believe that our times might also benefit from something that addresses a different audience, songs written from a point of view that he is particularly capable of rendering.

“I thought that, given the way things are now, it was maybe my responsibility to make a record that spoke to and for people who didn’t vote the way that I did,” he says. “One of the dangers that we’re in is if people like me keep thinking that everybody who voted for Trump is a racist or an asshole, then we’re fucked, because it’s simply not true. So this is one move toward something that might take a generation to change. I wanted to do something where that dialogue could begin.”

Ghosts of West Virginia centers on the Upper Big Branch coal mine explosion that killed twenty-nine men in that state in 2010, making it one of the worst mining disasters in American history. Investigations revealed hundreds of safety violations, as well as attempts to cover them up. The mine’s owners agreed to pay more than $200 million in criminal liabilities, and shut the mine down.

In ten deftly drawn, roughly eloquent, powerfully conveyed sonic portraits, Earle and his long-time band the Dukes explore the historical role of coal in rural communities. More than merely a question of jobs and income, mining has provided a sense of unity and meaning, patriotic pride and purpose. As sons followed their fathers and older brothers into the mines, generational bonds were forged. “You can’t just tell these people that you’re going to shut the coal mines without also telling them what you’re going to do to take care of them, to protect their lives,” Earle explains. To be sure, Earle’s politics have not changed. He believes in sustainable energy sources and ending fossil fuels. “But that doesn’t mean a thing in West Virginia,” he says. You can’t begin communicating with people unless you understand the texture of their lives, the realities that provide significance to their days. That is the entire point of Ghosts of West Virginia.