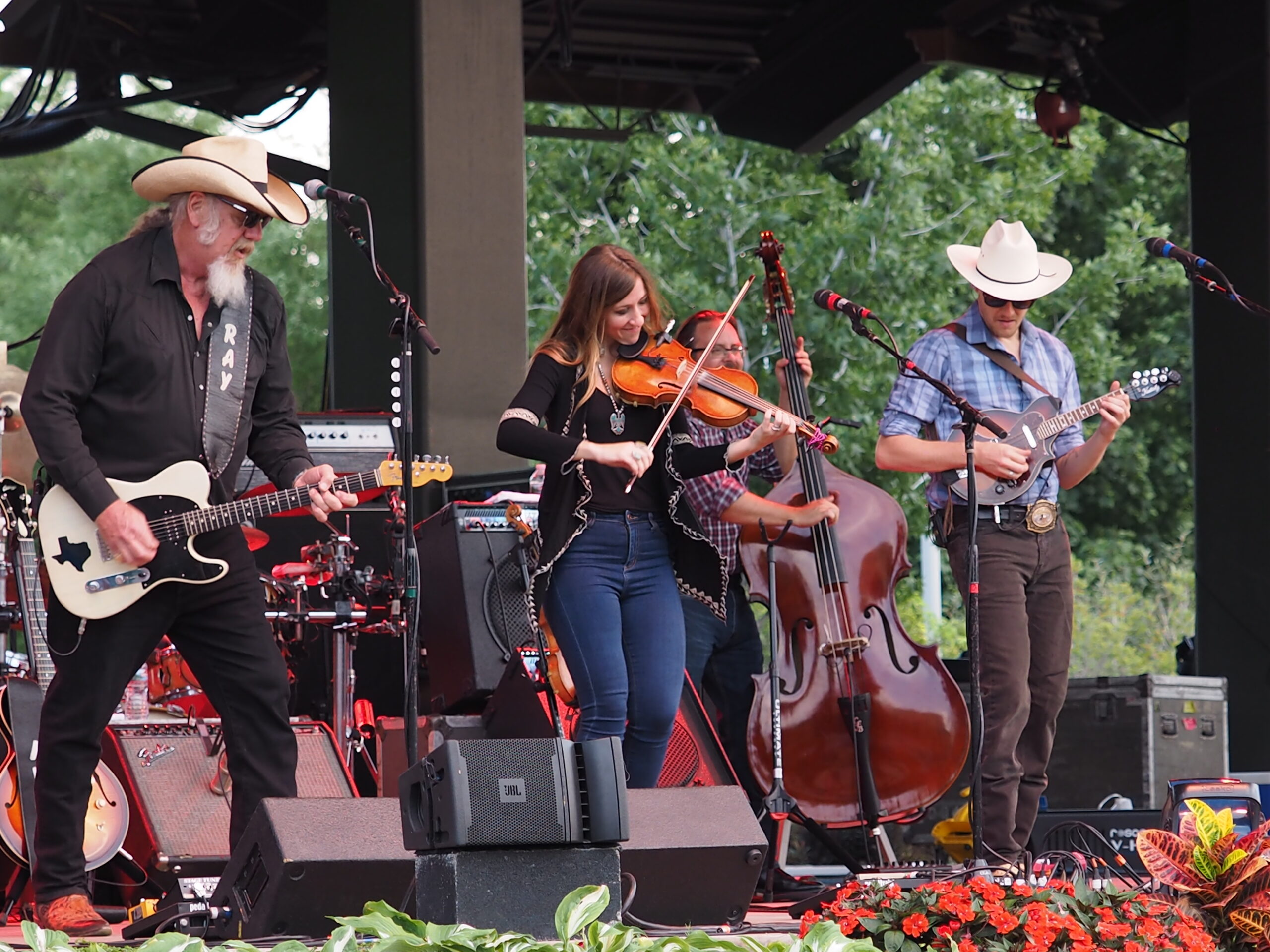 ASLEEP AT THE WHEEL

Fifty years ago, Asleep at the Wheel’s Ray Benson wrote in his journal that he wanted to form a band to bring the roots of American pop music into the present. It seemed like an ambitious goal for a 19-year-old, yet Benson has done exactly that – traversing the globe as an ambassador of Western swing music and introducing its irresistible sound to generation after generation. Although the lineup has changed countless times since its inception, Benson’s mission has never wavered.

That merging of past and present is effortlessly woven throughout two of the band’s new releases. First, their Better Times EP compiles three new tracks: “All I’m Asking,” a rousing plea for a second chance; the hopeful title track, about getting back to life as it once was (namely, before the pandemic); and “Columbus Stockade Blues,” a traditional tune arranged in the spirit of Willie Nelson and Shirley Collie’s 1960s version. Then, in the fall, a career retrospective recorded with the new band — and a few special guests — will carry Asleep at the Wheel back onto the road, where they’ve remained a staple for five decades.

“I’m the reason it’s still together, but the reason it’s popular is because we’ve had the greatest singers and players,” Benson explains. “When someone joins the band, I say, ‘Learn everything that’s ever been done, then put your own stamp on it.’ I love to hear how they interpret what we do. I’m just a singer and a songwriter, and a pretty good guitar player, but my best talent is convincing people to jump on board and play this music.”

Founded in 1970, Asleep at the Wheel has been part of the American roots music landscape for more than 50 years. Although the band got its start on a farm in Paw Paw, West Virginia, Asleep at the Wheel became a cornerstone of the Austin, Texas, scene upon its arrival in 1973. Inspired by Western swing and honky-tonk country, the band has accrued 10 Grammy Awards. In the fall, a career retrospective recorded with the current lineup — and a few special guests — will carry the band back onto the road, where they’ve remained a staple for five decades.

BRENNAN LEIGH
Brennen Leigh is an American songwriter, guitar player, mandolin player and singer whose to-the-point storytelling style has elevated her to cult icon status in Europe, Scandinavia, across the United States, South America and the United Kingdom. Her songs have been recorded by Lee Ann Womack, Rodney Crowell, Sunny Sweeney, Charley Crockett, and many others. As renowned for her musicianship as for her writing, it’s easy to see how Leigh caught the ear of greats like Guy Clark, who colorfully endorsed her flatpicking: “Brennen Leigh plays guitar like a motherfucker,” and David Olney, who described her writing as “tender, violent, sentimental, foolish and wise, she is always Brennen. Confident and at ease with herself, without being a jerk about it.”