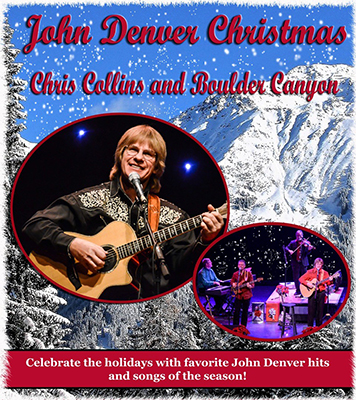 Celebrate the Holidays with favorite John Denver hits and songs of the season!

Chris Collins and Boulder Canyon are not an impersonation act, but seek to honor John Denver’s legacy with fresh energy and musical integrity in keeping his timeless music alive. Through the show’s stunning visuals of nature and captivating performance, Chris Collins and Boulder Canyon will take you back to the days reminiscent of the concerts of one of the greatest artists and humanitarians of our time.